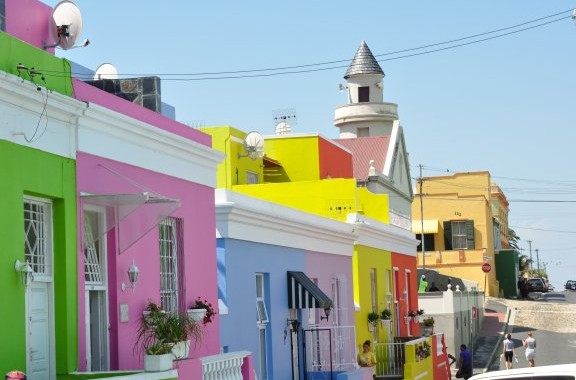 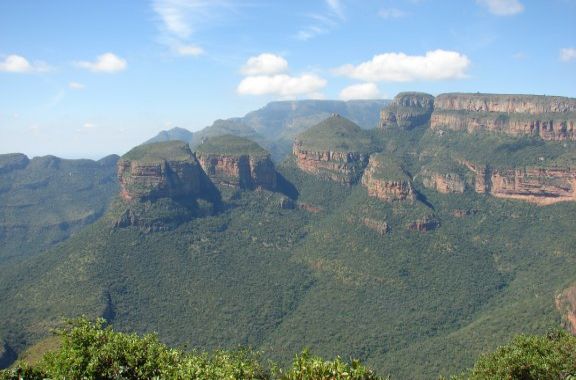 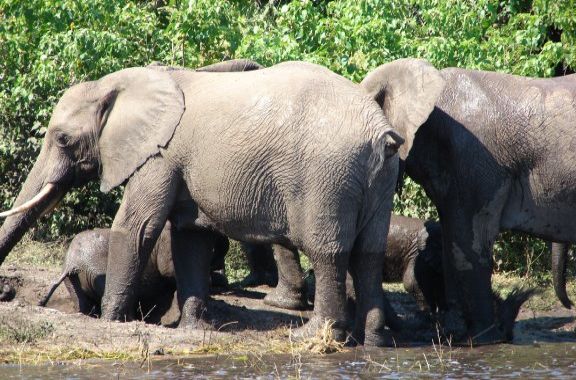 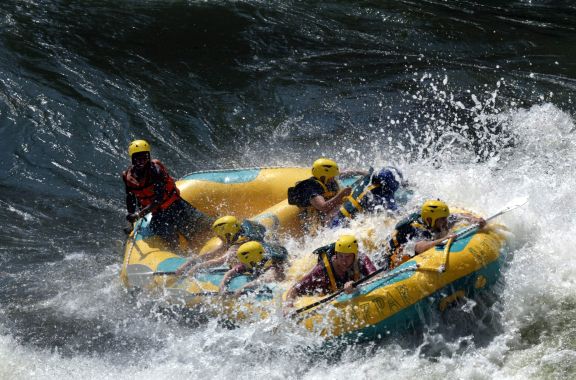 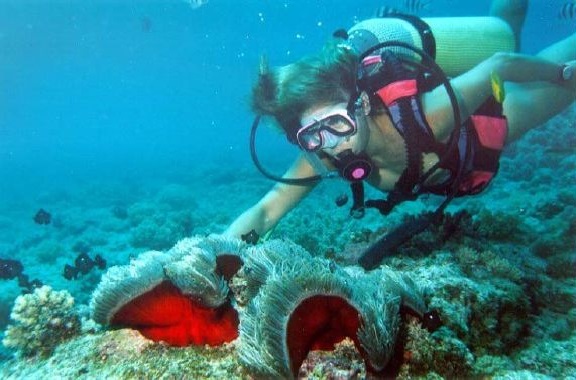 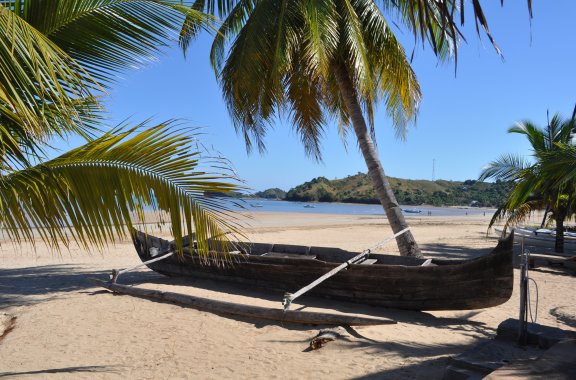 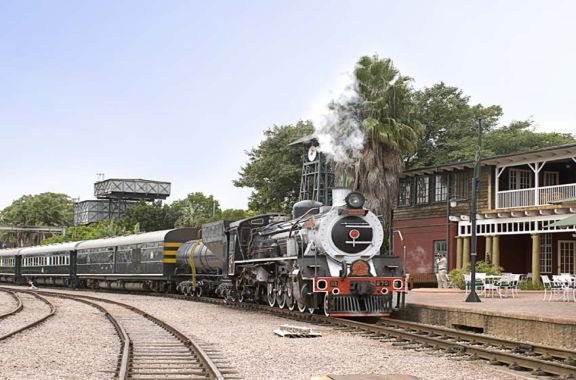 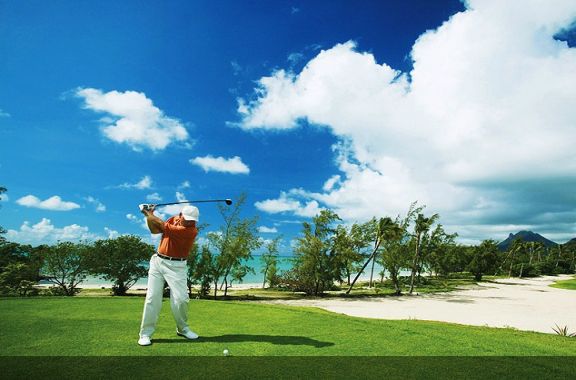 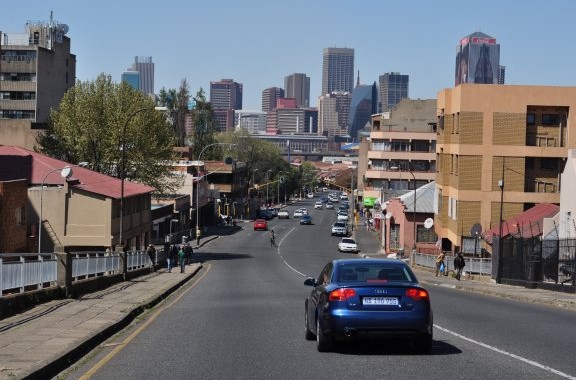 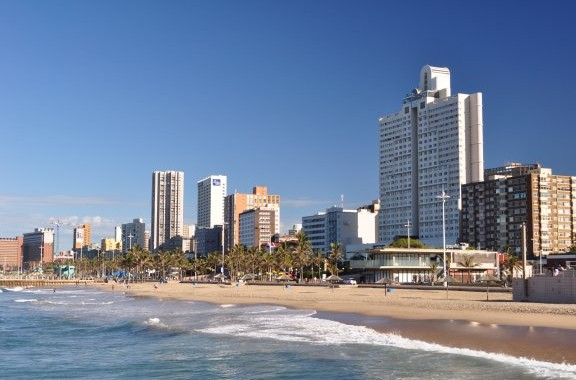 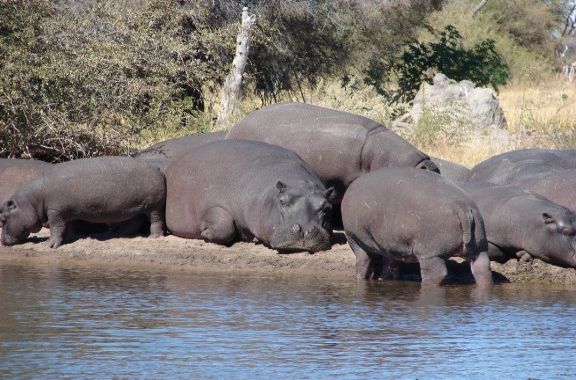 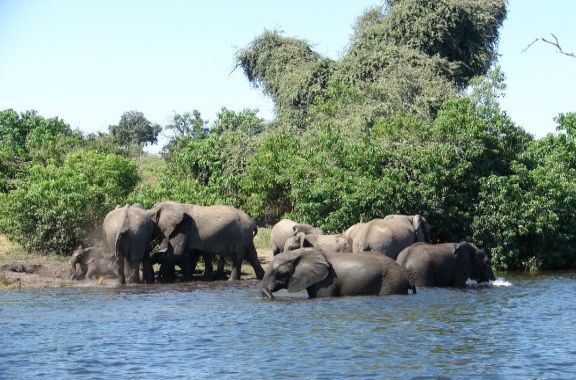 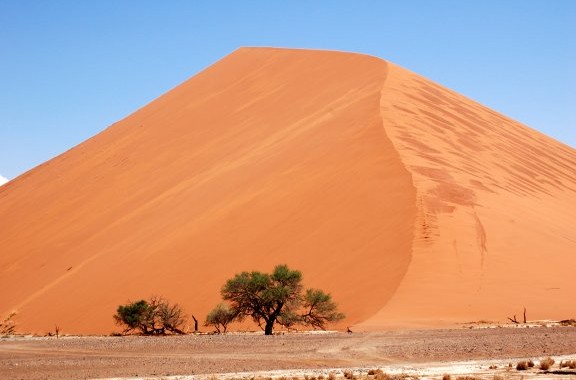 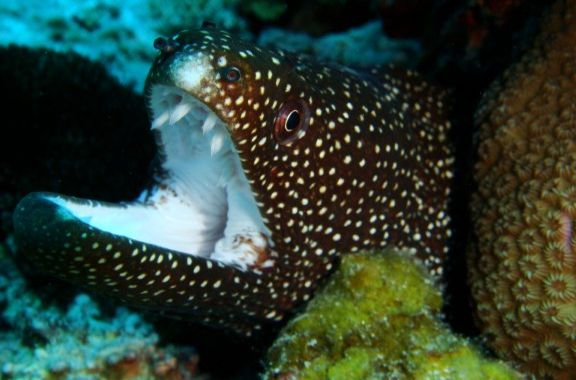 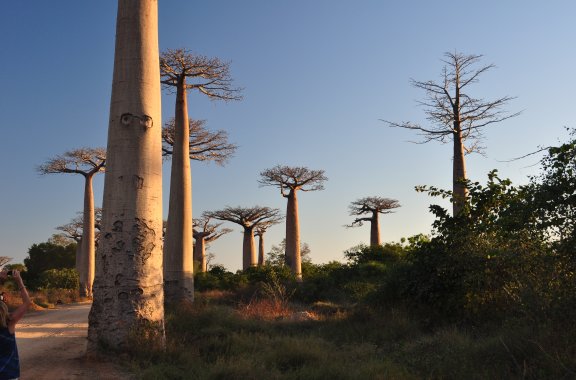 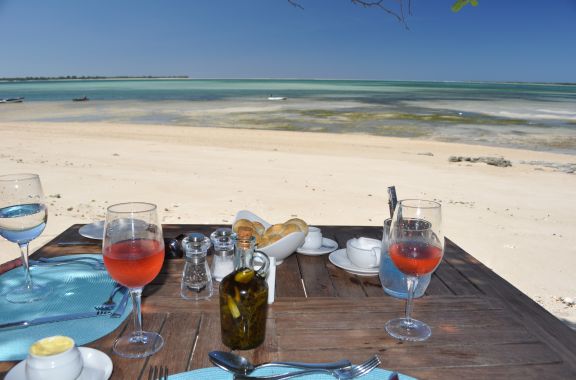 Your dream voyages to

and the magic of tropical islands.

We are a dedicated safari travel company with a wide range of holiday tours exploring the very best of Southern African destinations such as: pre-established routes and dates with guaranteed prices, private guided tours, tailor made safaris, excellent value for money excursions, luxury trains, specialized golf or scuba-diving trips, incentives and African island holidays. For those who want to travel via our self-drive package, we offer programs and reservations for the entire route. We will help you fulfill your African dream.

Madagascar – Across the Mikea Land

DAY 1:  ANTANANARIVO (International flight)
Arrival in Antananarivo, meet and great, then transfer to hotel where we spend our night on B&B

DAY 2:  TANA  – MIANDRIVAZO 385KM – 7HOURS
Breakfast at hotel then drive southward to Antsirabe across the highland landscape with its beautiful rice-fields on stage and its spectacular eroded hills called “lavaka”. Arrival in Antsirabe in the afternoon. Founded by Norvegian in 1856, it is an elegant city, which really feels and looks like an European city. Doted with cool climate and thermal spring, it is one of the most attractive place in Madagascar for its clement climate. We continue to Miandrivazo, the landscape is changing, we will be on the highland during our drive we will see, Highland villages, erosion called « lavaka ». Arrival in Miandrivazo, overnight in hotel on BB.

DAY3:  MIANDRIVAZO – KIRINDY 310Km
Departure for 6 hours drive to Kirindy, the landscape  is decirated by baobab, rice fields will give place to empty hills, red soil,   Arrival in Kirindy  settlement then  Arrival in Kirindy, check-in in the lodge then 3  hours hiking in “Kirindy Park” with a guide. Rich on wildlife and home to 8 species of day active lemurs, Kirindy is also home to  “the Fossa” the only predator for lemurs and the “Giant Jumping Rat” and the world’s smallest primate as well as dozens of amphibian and reptile species (and no poisonous snakes). The Kirindy boasts more than 60 species of birds, at around 18h00,  we meet our guide again for a night walk to see night actival animals, overnight in hotel on BB.

DAY 4:   KIRINDY  – BEKOPAKA 140 km: 5 hours drive;
Early morning, with a 4X4 car, 4 hours drive to Tsimafana through the Baobabs forest and the red soil of the west. Ferry boat transfer to reach Belo. Then head on to Bekopaka for another 4 hours adventure in a dirt track. This drive brings us to Madagascar profound, the bush African side of the country with its dry and red soil. One can experience the real life of Malagasy people in the driest part of the country. Arrival in Bekopaka, settlement at hotel then visit of small tsingy. Overnight in hotel on BB.

DAY 5: BEKOPAKA: NATIONAL PARK of TSINGY DE BEMARAHA
Morning, after breakfast, 6 hours hike to the “Big Tsingy”, a limestone mountain classified as an international heritage. This massif is spectacularly eroded into a chaos of karsts pinnacle which gives it a very strange form. Here nature seems to be in perfect harmony with this wild and sharp limestone mountain. The flora consists of a dry western deciduous forest, plants typical of these dry limestone areas, such as species of Aloe and baobab Andasonia, the red-flowered flamboyant tree Delonix regia which is so widely planted in the tropics. Madagascar’s sole native banana Musa perrieri also occurs. Regarding flora, we can see typical plants growing in the rocky area such pachypodium, orchids. Concerning the fauna we can see the stump-tailed chameleon Brookesia perarmata known from only a handful specimens, the bird list contains 53 species, seven species of lemurs including Decken’s sifaka Propithecus verreauxi deckeni.  Overnight in hotel on BB.

DAY 6:  BEKOPAKA  – MORONDAVA 210km
Breakfast at hotel then drive back to Morondava, we stop in « ALLEE DES BAOBABS » for photo; this is the region of splendid Grandidier’s baobab, Andasonia grandidieri. Overnight in hotel on BB.

DAY 7:  MORONDAVA – MANJA
After breakfast, we drive to Manja.  We’ll drive across the dunes and villages. We cross the big river of Kabatomena where the car has to drive through the river. Overnight in hotel on BB.

DAY 8: MANJA – IFATY
After breakfast, we’ll continue our drive across the coastal line through large dunes, sand with nice view of the sea, baobabs, spiny forest, and thorny bushes. As we drive along the coast line and along the spiny forest, the baobabs and the dunes. Ifaty is another seaside resort north of  Tuléar. Arrival in Ifaty late in afternoon, settlement and night at hotel on BB

DAY 9-10: IFATY
Day at leisure in Ifaty, Ifaty lies on the beach, so ideal for diving and snorkeling. Many excursions can be arranged  also on the spot ON OPTION, like visiting a Vezo village to experience the Vezo Fishermen’ s life, visit the reserve of Domergue with 2 species of baobabs, the spiny bush and many reptiles.  Ifaty is situated in the largest lagoon of the country and is protected by a large coral reef, which makes it an ideal place for diving and snorkeling.  Overnight at the same hotel.

DAY 11:   IFATY – ISALO 230km
After breakfast, we head on to Isalo. This step brings us to the interior part of Madagascar, the land of Mahafaly. Along the way we’ll see many tombs of these tribes. Before seeing Isalo, we pass through the national park of Zombitse, a transition zone between the dry south and the land of Isalo, a formation of continental sandstone rocks. Arrival in Isalo around noon. Settling and overnight in  hotel on BB

DAY 12:  NATIONAL PARK OF ISALO
Day excursion in the National Park of Isalo and the famous «Natural swimming pool». This park is very famous for its strange geological formation. Composed with sandstone and eroded by the rain and the wind, this mountain offers the most spectacular scenery of the country. This is also a place where the BARA tribes used to bury their dead until they have enough money to buy a silver coffin. If we are lucky, we will see the lemur catta during this walk. . Around 16.30, we’ll drive to the “The Natural window” where we see the beautiful sunset between rocks which looks like window. Night in the same lodge

DAY 13:  ISALO –  RANOMAFANA  285Km 4hours
After breakfast, we head on to Ihosy the capital of Bara tribes which are shepherds of Zebu.  We pass through the huge “plateaux de Horombe” with its very spacious red soil which reminds us of “the no man’s land”. This is a huge and empty grassy plain.  From one place to another we can see some droves of zebus, accompanied by a Bara man with his rifle.  We arrive in Ihosy, the land of Bara who are darker –skinned with African features if compared to Merina.  They are cattle-raisers and many activities during their life are associated with Zebu. For instance, to get a wife, a man has to steal few zebus to show his strength and virility. When they die, they have to kill many zebus as well. The landscape is becoming more and more grandoise. Huge Granite Mountains are imposing themselves in the spacious and empty plains. We feel like being swallowed by this emptiness, by this tranquility.  From a long distance, we can already spot a huge imposing rocky hill called “Bishop’s hat”. This is a sacred place for the local people, noon ever venture to walk down there though it is nice area for trekking as it is a burial site and was a place where the local people’s ancestors preferred to make a collective suicide rather than to render to Merina’s domination. Then we will see the “3 hillocks” which area also among the imposing rocky hill.  Another spectacular is the huge granite dome with twin rock towers called: “the gate of the south” which marks the beginning of the highland and the end of the south.Then continuation to Ranomafana, we pass through Fianarantsoa the capital of Betsileo tribes. Called “the gate of the South”, Fianarantsoa is the capital of Betsileo tribes. A very catholic city, this is the seat of Jesuits and the best university is found there. Besides, stop in Anja, a park run by the village where part of the income serves to pay the teachers of the local school. The walk will bring you to the forest of Anja where we can admire a large family of lemurs.   We continue our drive to Ranomafana. Night in hotel on BB.

DAY 14:  RANOMAFANA NATIONAL PARK
After breakfast, we’ll explore the National Park of Today we explore the rain forest of Madagascar. Ranomafana is situated in the east. Apart from its huge tropical forest, it is also a thermal city where visitors can relax in the hot spring water. Ranomafana National Park was created in 1991… This expedition in the forest with special guide enables us to see 12 species lemurs, the most important one the “golden lemurs” which has been discovered very recently, more than 100 birds, reptiles, butterflies and other insects are seen in the park. The area is covered with forest, in the higher areas the trees are festooned with mosses, lichens, orchid. Afternoon free, we can have a visit of Ranomafana village or go to the swimming pool.  Night at the same hotel.

DAY 15: RANOMAFANA  – ANTSIRABE :250 Km
Departure to Ambositra after breakfast, today we come across the highland which is characterised by rice fields on stage, its chilly climate and the population which has the features of Asian people. Arrival in Ambositra, Ambositra and its surrounding are the land of Zafimaniry. They are sub tribe of Betsileo who are the Third largest tribes in the country and the second tribes after Merina in the highland. Zafimaniry lives mainly in the forest and live on forest exploitation.They are the master of wood carving in the country. Continuation to Antsirabe, arrival in the afternoon Antsirabe or “the place of salt “, an elegant city best known as the centre of beer, we can smell the Bewery as we enter the town. Founded by Norwegian in 1856, it is the only place which really feels and looks like an European city. It has a temperate climate and all fruits and vegetable which grow in cold climate are found in Antsirabe.  Night in hotel on BB

DAY 16:  ANTSIRABE – TANA – ANDASIBE: 285 km
In the morning we start our drive to Tana. Then we head on eastwards to Andasibe, through the green landscape and luxuriant vegetation of the east. This first step brings us to the humid part of the country with many primary forests and lakes. Along the way we’ll see Merina village on the hill, Rocky Mountains.  you’ll reach Andasibe at the end of the afternoon; Settlement in hotel to spend the night on B&B

DAY 17:  ANDASIBE SPECIAL RESERVE
In the morning, 3 to 4 hours hike to Andasibe National Park, a huge tropical rainy forest in the east. 9 species of lemurs can be spotted there. The highlight is the “Indri Indri” which is the largest lemur of the island. This 810 ha reserve is also home to numerous unique species. It contains a wide variety of orchids, canopy, endemic animals like chameleons, tenrecs, and many birds. In the afternoon we will visit the private par of Vakona in the “islands of lemurs” which is the best spot to take pictures of lemurs. Back to your lodge. Night at the same lodge

DAY 18: ANDASIBE – TANA : 135Km
Breakfast at hotel, then drive back to Tana, Stop and visit “Pyeraras Reptile farm” to see farmed chameleons and other species of reptiles. During a walk inside  the forest, we can spot 2 species of lemurs: the sifaka “coquereli” and the brown lemurs “fulvus”. Arrival in Tana, Day use at the hotel then transfer to the airport for the international flight back home.